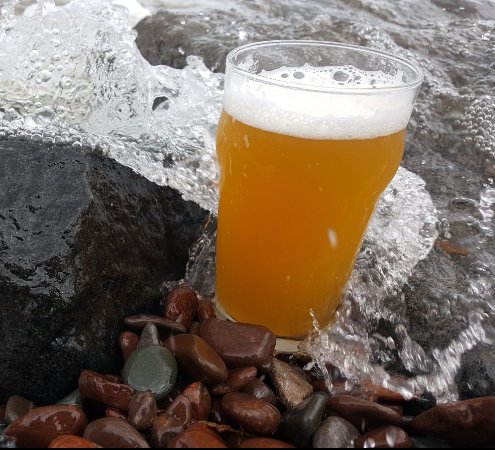 As CPBC prepares for the final days of summer, camp counselor Badger Colish led a group of spirited amateur-farmers out to Brule River Hilltop Hops to harvest these ethereal, fleeting and volatile little beasts. After picking the hops, the group had just 6 hours to make a brew as bitter as the camp cook’s attitude during a food fight. More than 200 pounds of fresh, wet hops were hand harvested to concoct this complex Ale with hella hop aroma. Happy wet hop American Summer, campers.

Patio is all warmed up and prime for movie nights-

It’s beginning to look a lot like Christmas! #si

Something for all your gift giving! 🍺🎁 #beer