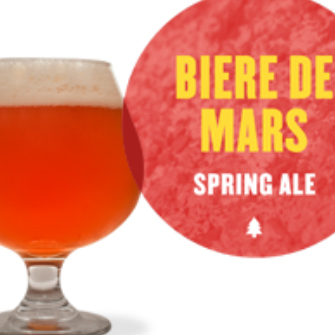 This springtime offering cures all cabin fever symptoms after just three sips.  It’s a complex brew with a lot going on. Initially the tart aromas abound on the front end with more floral and herbaceous undertones coming into play as your glass warms.  The flavor profile is driven by a large portion of wheat malt which lends a bready earthiness to the malt side of things while three hop variates give an ever present bitterness throughout.  Party on, it’s spring.