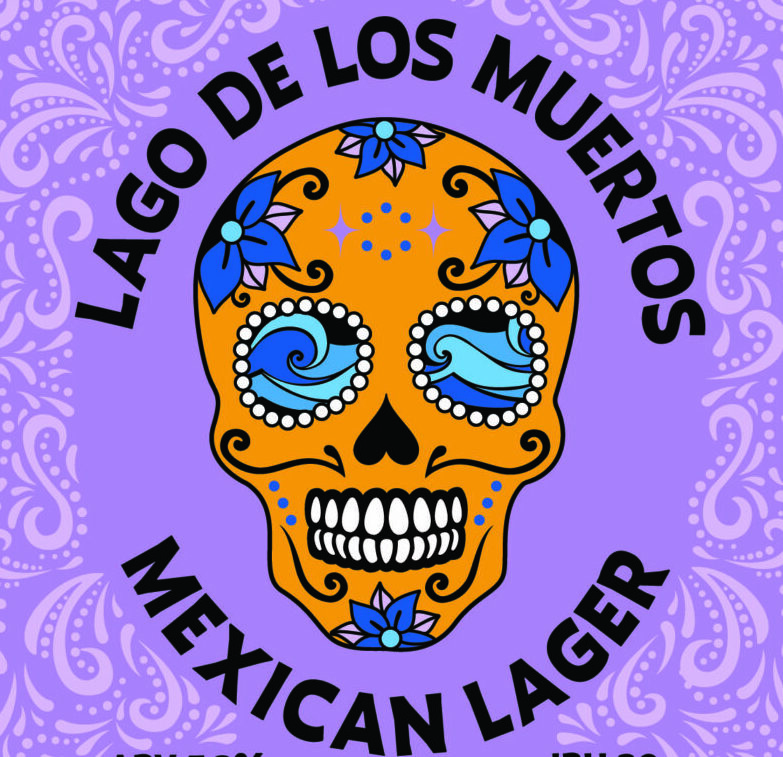 Lake Superior’s turbulent waters have claimed more than three hundred and fifty ships and many of their crew, taking them to her depths. A mesmerizing body of water, she demands to be respected. Tales from tugboat captains to divers have been reported seeing these hard-working vessels of steel sailing their routes, hauling loads of corn, wheat, and other grains trying to make port. These ships worked steadfastly to deliver summer’s harvest to many ports around the Great Lakes, undoubtedly making their way to breweries everywhere.

In honor of the steel clad ships, their crews, and the farmers who filled their hulls, we respectfully brewed Lago de Los Muertos. Brewed with Lake Superior’s pristine water, this fall harvest corn forward Mexican Lager is guaranteed to refresh your palate with its crisp carbonation, light malty nose, low hop, corny sweetness.

Raise a glass of this golden brew and honor all those mighty boats, captains, and crews in this the season of wind, waves, and wild waters.

Winter is going to lose its grip for a few days! G

Exciting news! 🎉 Our menu just got a delicious