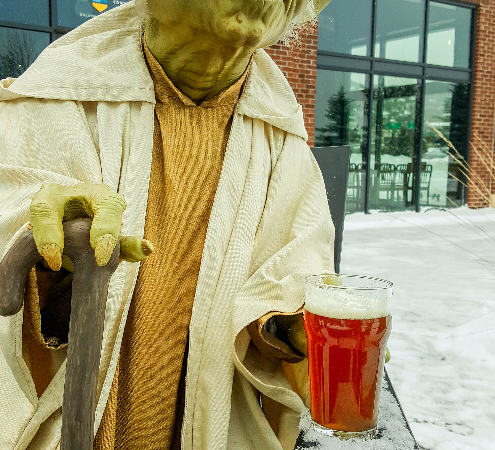 We could do a long boring explanation, but basically our brewers are Star Wars nerds and are often talking of Jedi Knights and the Millennium Falcon.  It is our tribute to a galaxy far, far away.  This E.S.B. starts with a moderate hop aroma and mingles with malt and some soft fruity esters.  It’s a medium bodied beer with a solid caramel presence, evidenced by it’s copper hue and a moderate hop bitterness.  And we did it in under twelve parsecs.